look at that doggie in the window

For a long time I didn't like dogs.  It probably had a lot to do with the big dogs that scared me when I was a kid.  I still have vivid memories of running home with my sister as fast as our little four year-old legs could carry us when we were chased frightened by a neighbourhood dog.  The dog probably didn't even step outside its owner's property but we didn't look back, ran really, really fast and pounded on the door when we were home in case the dog was hot on our trail....  Yep, fair to say that sort of experience left me scarred.

Then there was Snuffy, the pug dog that belonged to family friends.  Snuffy was well-named - she dribbled and sniffed and snuffled about - and she was an ugly looking dog.  Why would you want a dog, I thought?

Even now,  I don't really understand dog owners.  They always think their dog is clean (and cleaner than all the other dogs) and dog owners never wash their hands after patting their dogs.... even when they then handle food! Yuck!

I guess I'm a bit of a fur-phobic but sometimes, momentarily, I think I'd quite like a dog.  Then I come to my senses and realise that I don't like dog hair (especially in my food), I don't like dog poop, and we are never home and we travel a lot so the poor little critter would always be in dog jail. 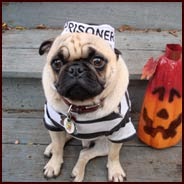 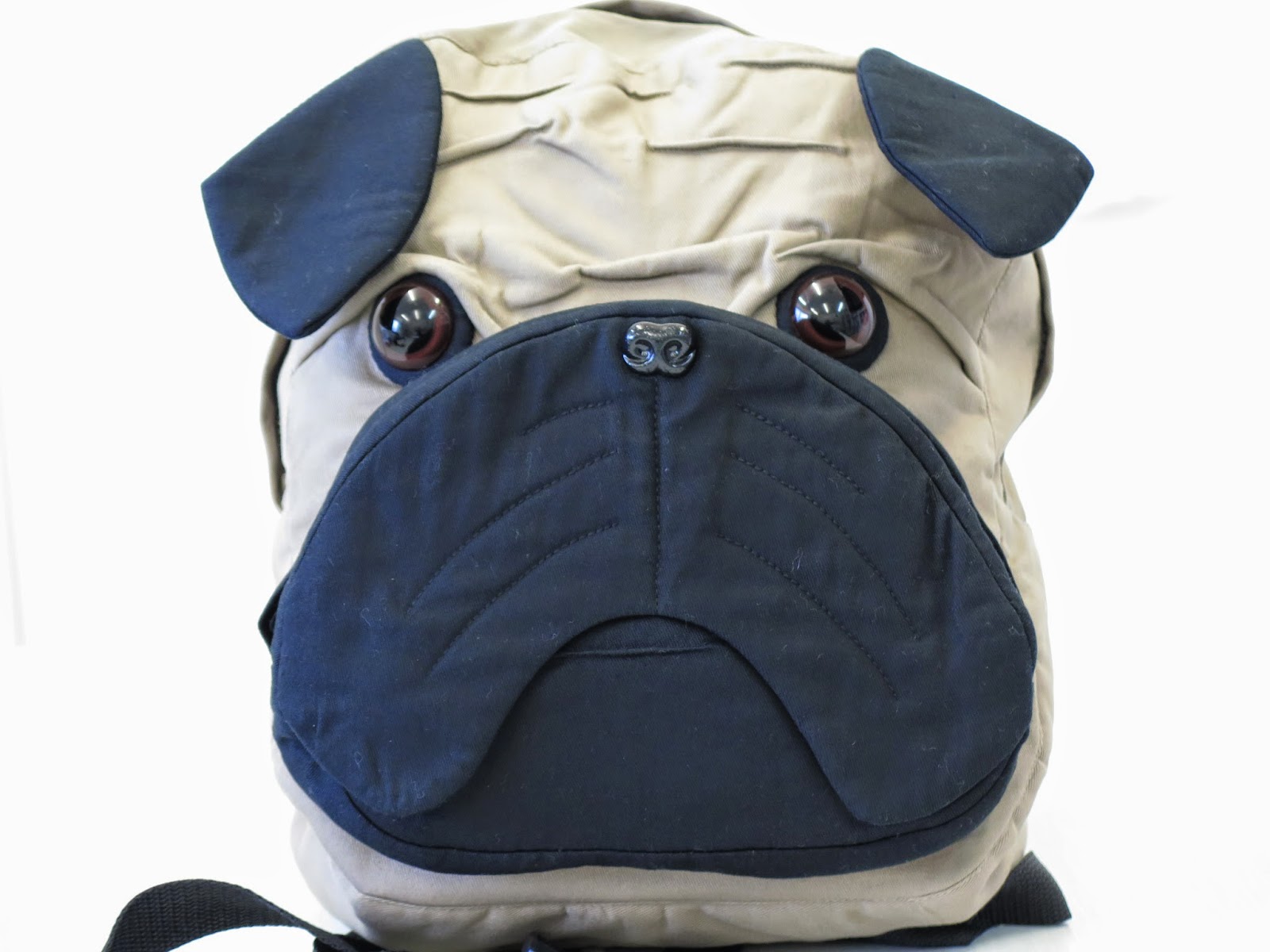 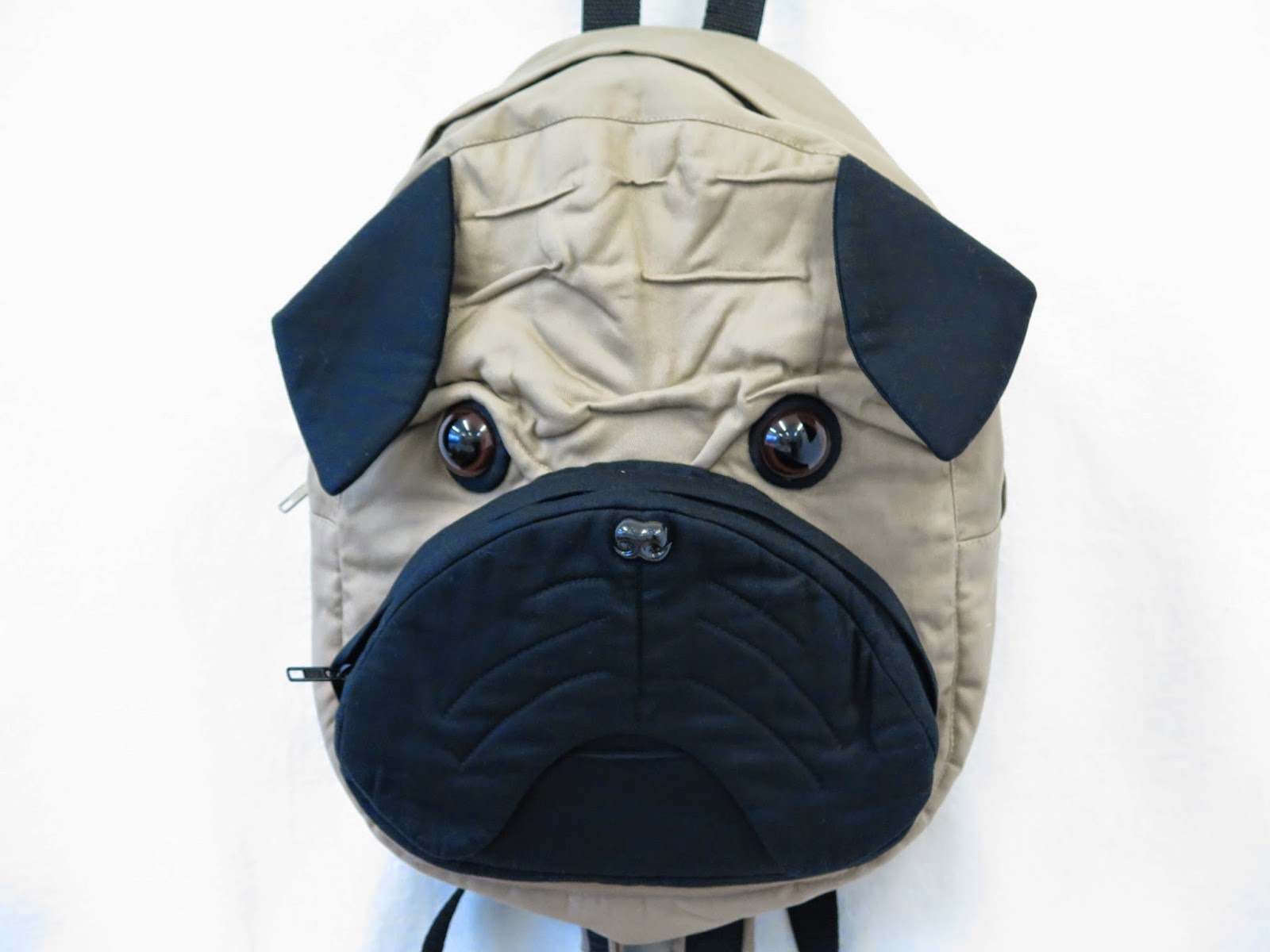 I used the Little Things to Sew backpack pattern and modified it to make my doggie backpack.  I wanted my pug to look like a pug so I searched the Internet for pictures.  There were thousands of them including a site for dog judges that I used to get the right look...

First, I drew my design out onto the backpack pattern pieces using a picture as my guide 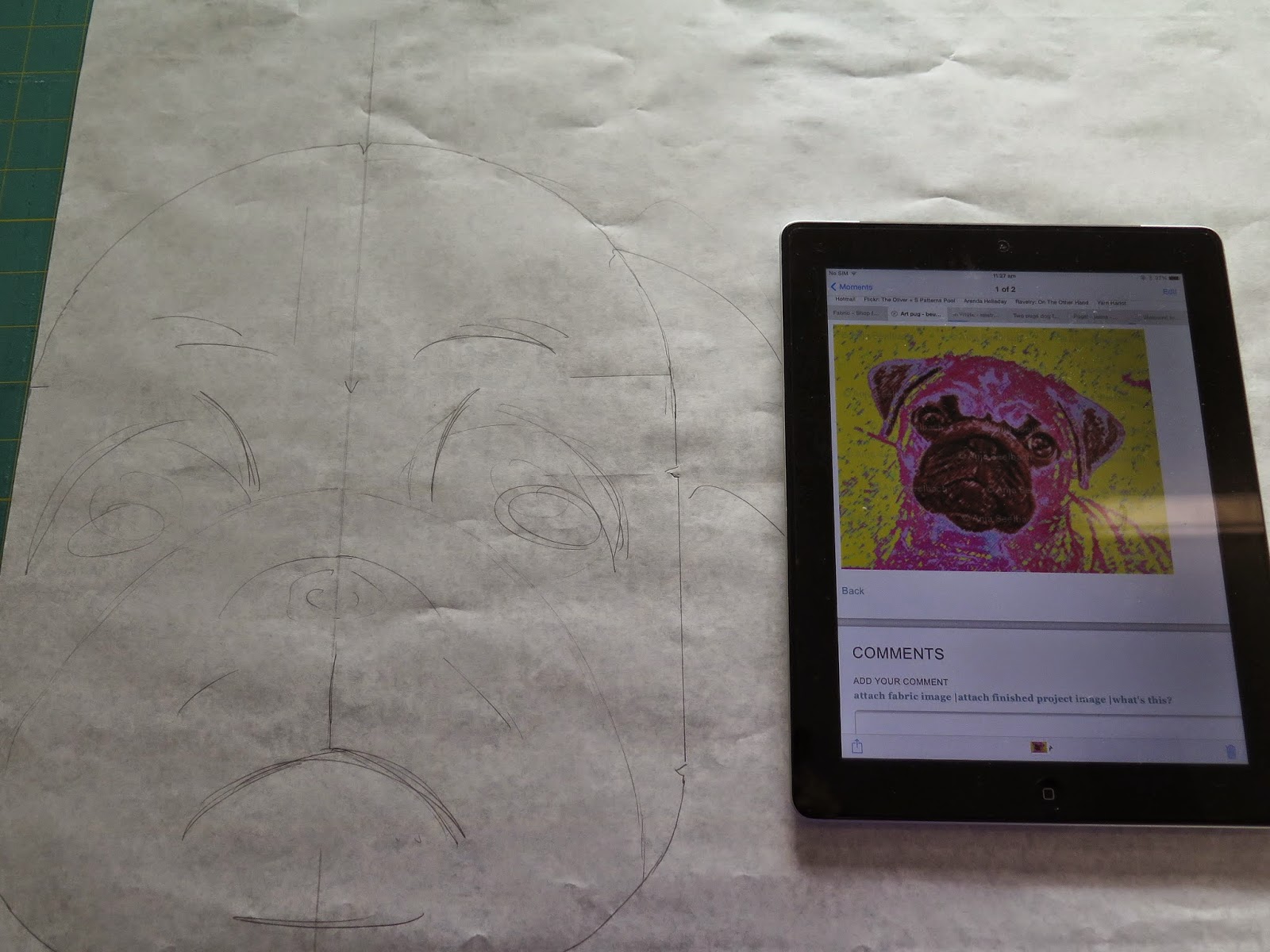 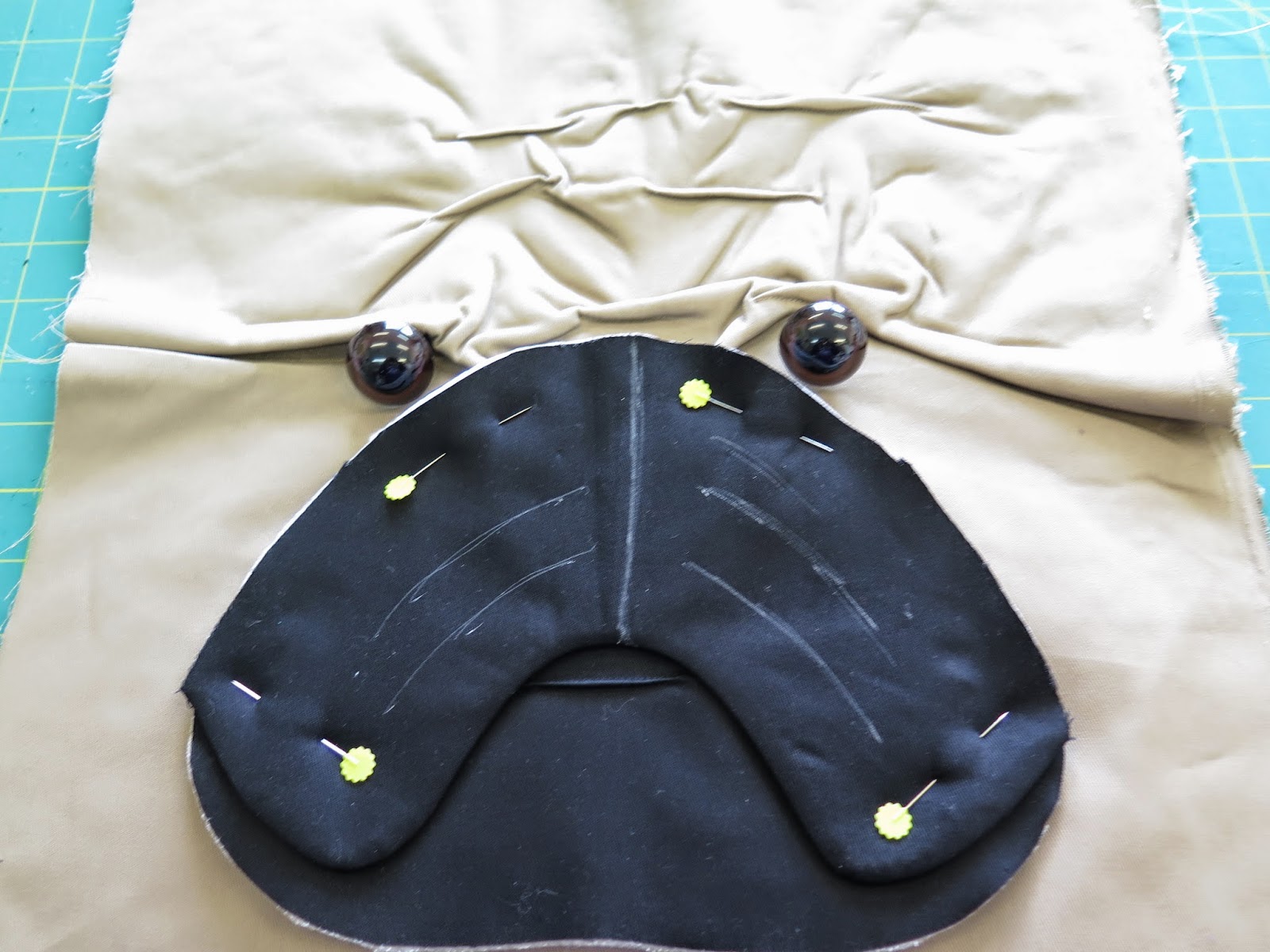 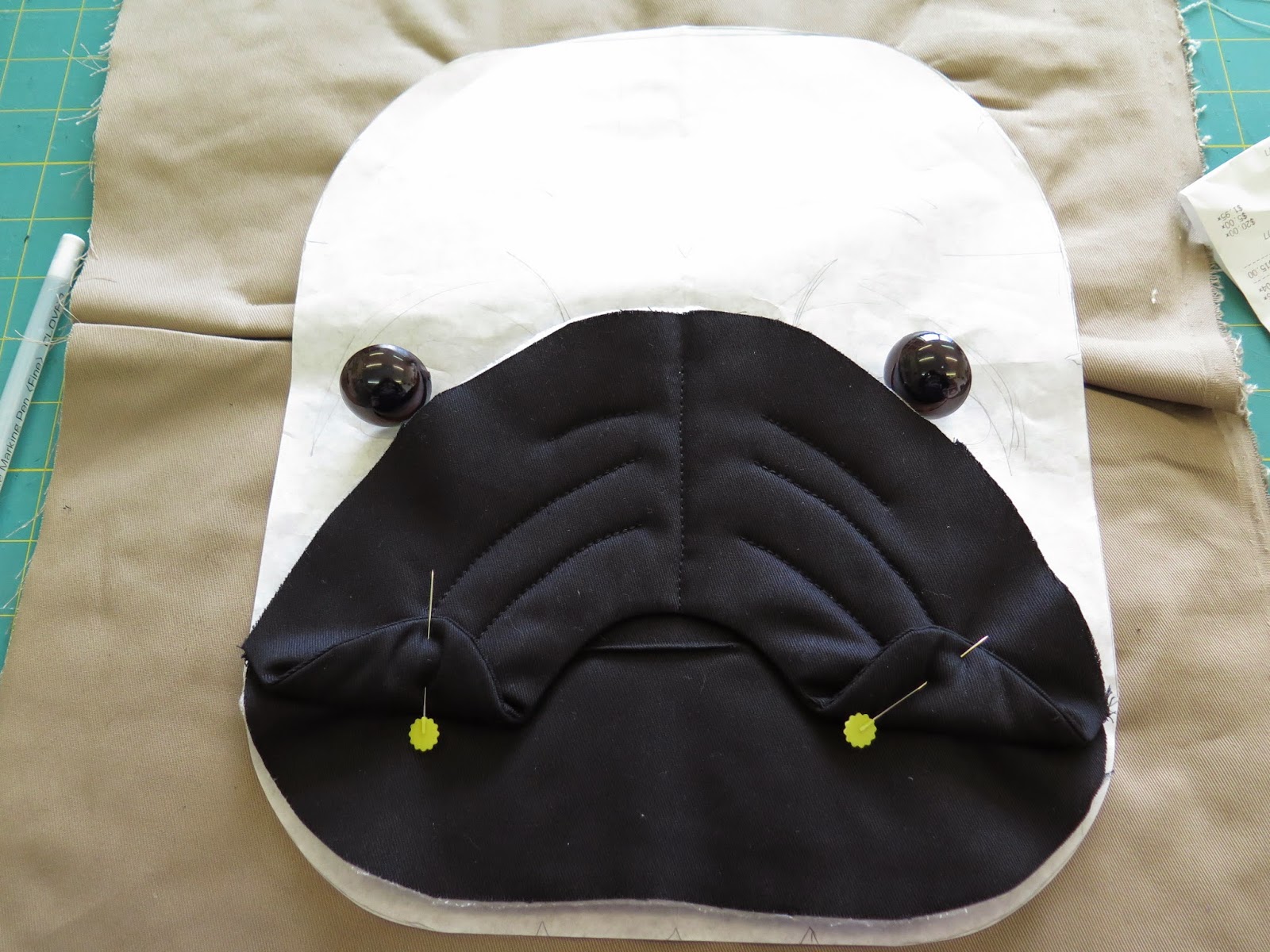 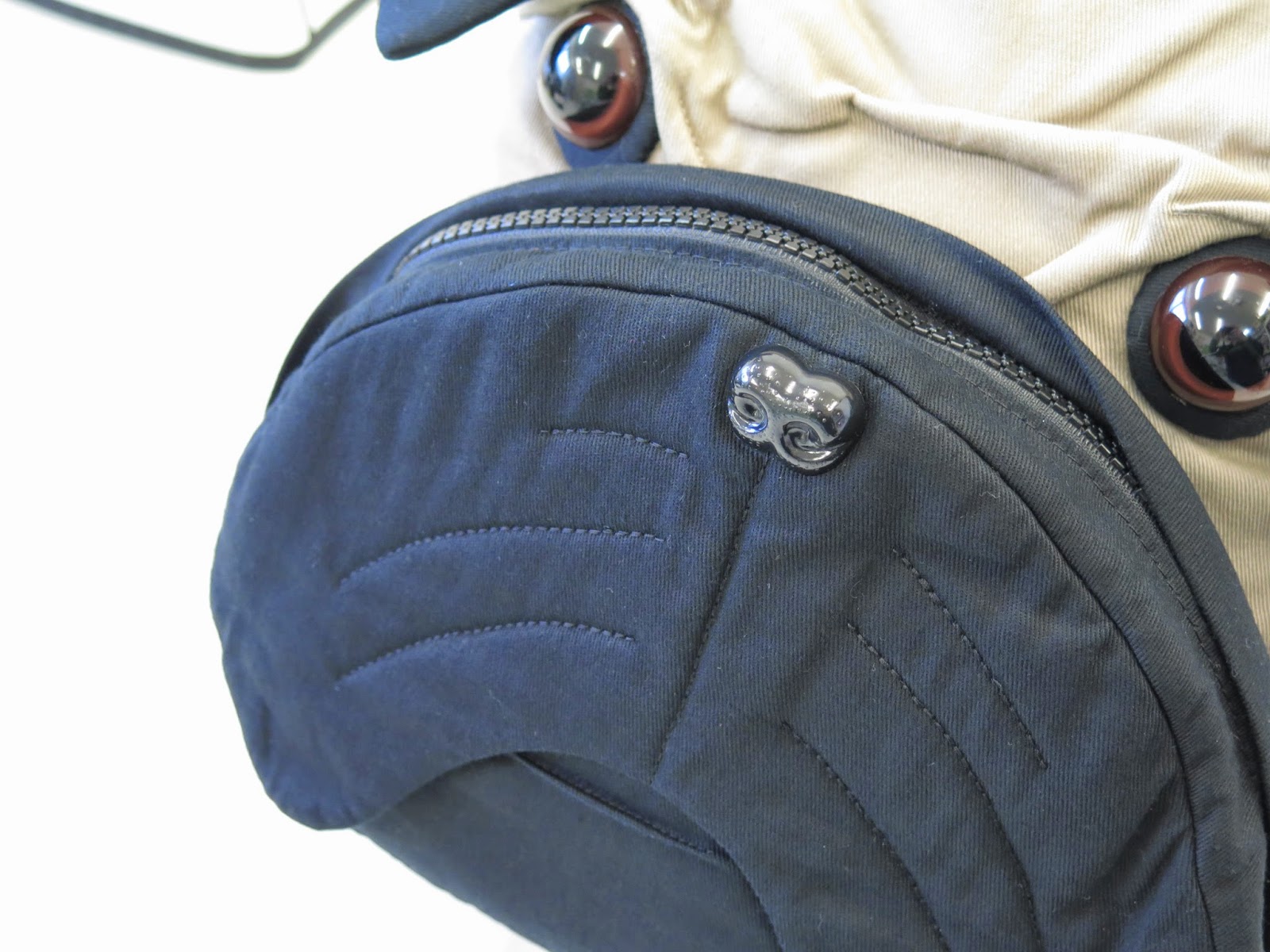 I made a flap to cover the zipper to make it look like a wrinkle above the nose.    Then I added store-bought nose and eyes.  For the eyes, I sewed little black, puffy circles and hand-stitched them in place because the judges' guide states that the eyes of fawn dogs should be "surrounded by a dark mask" 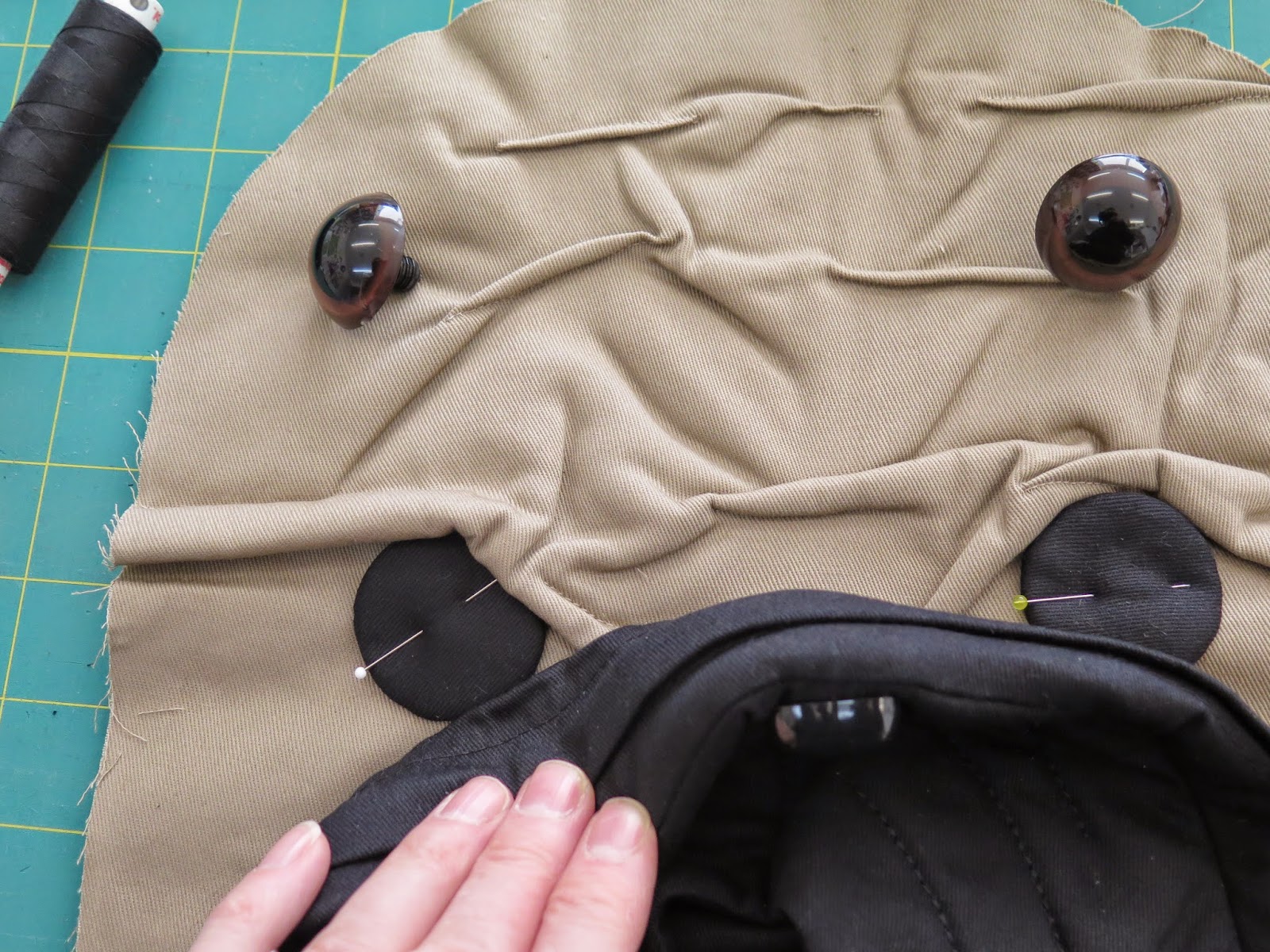 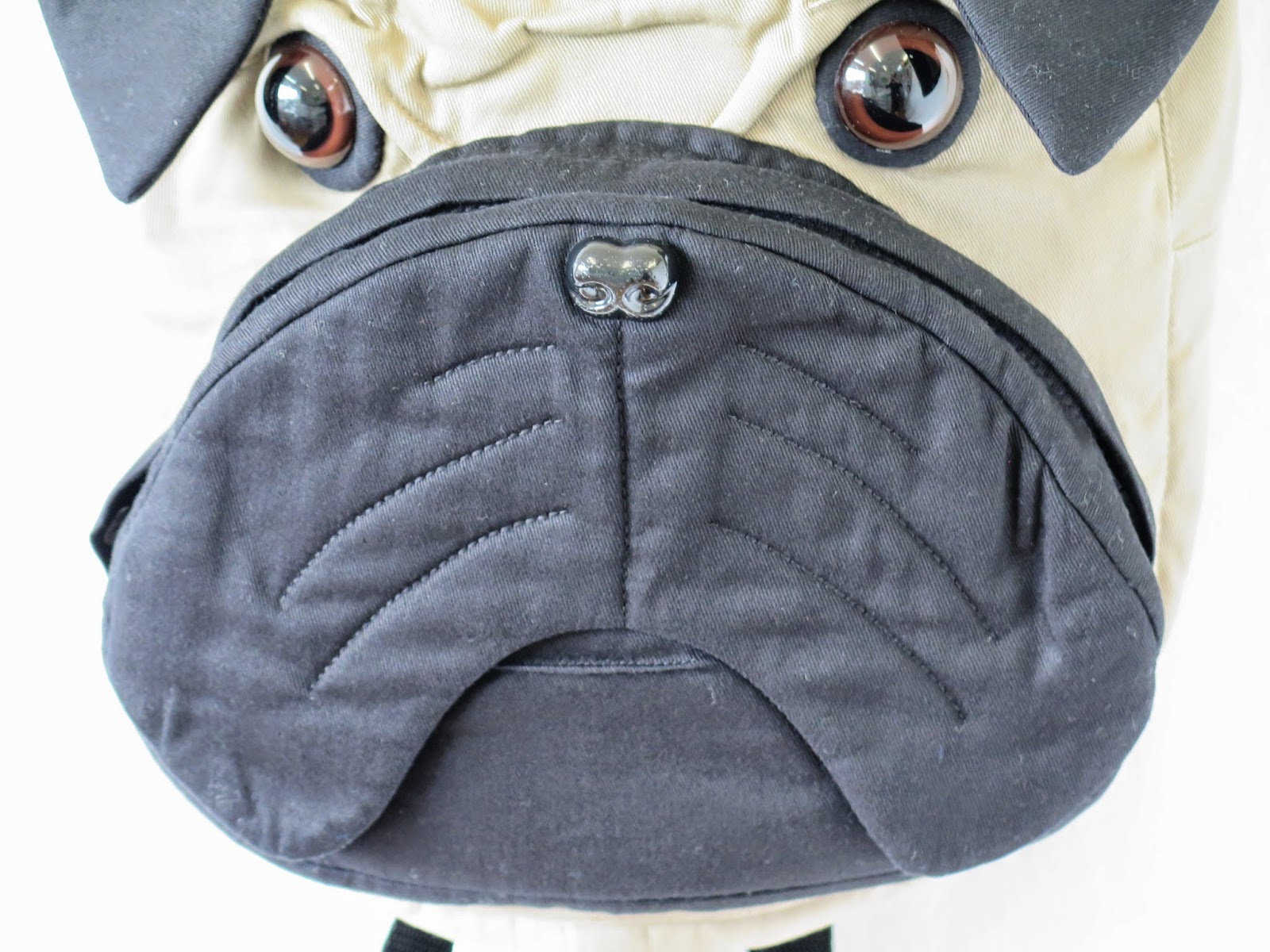 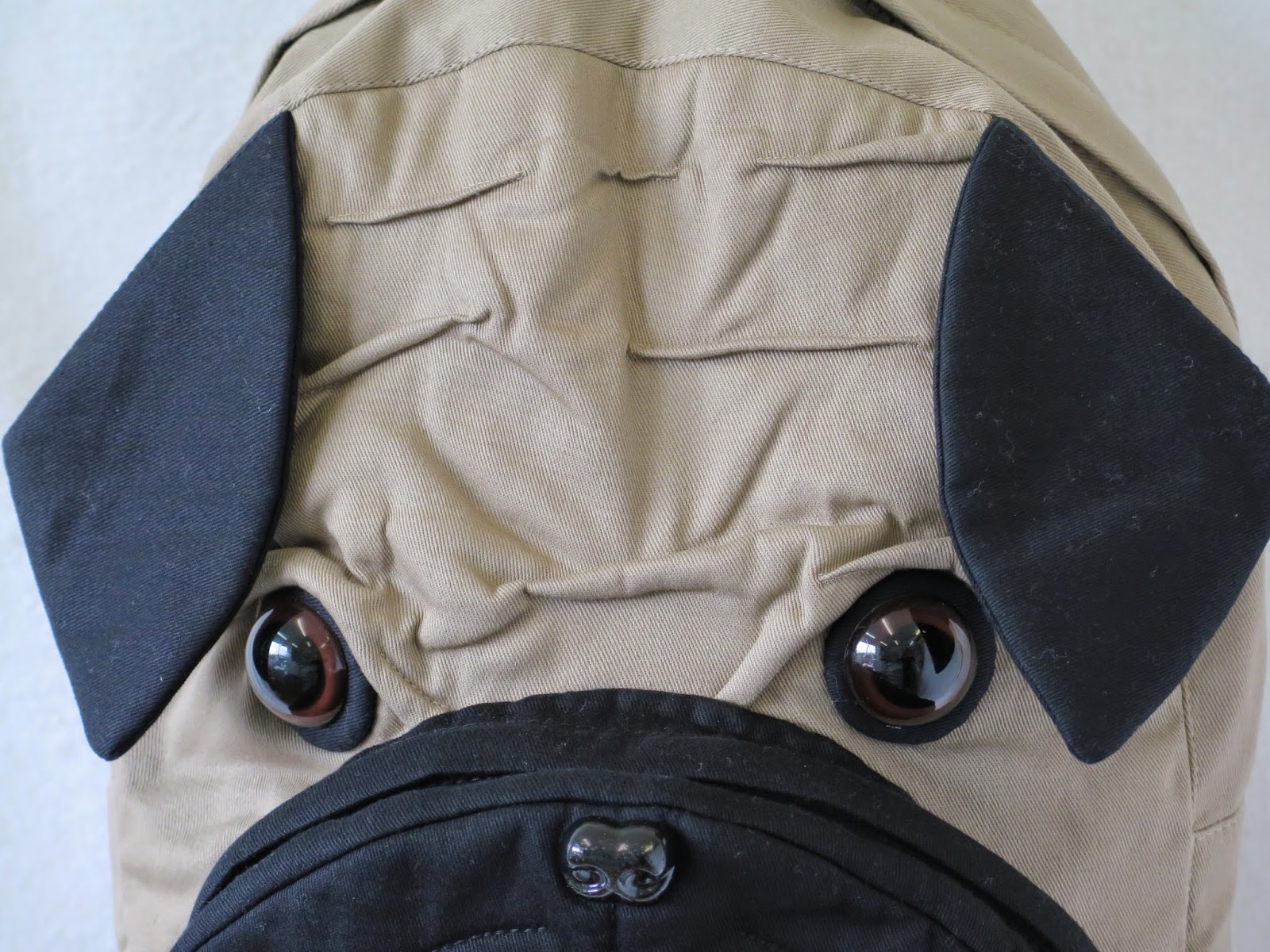 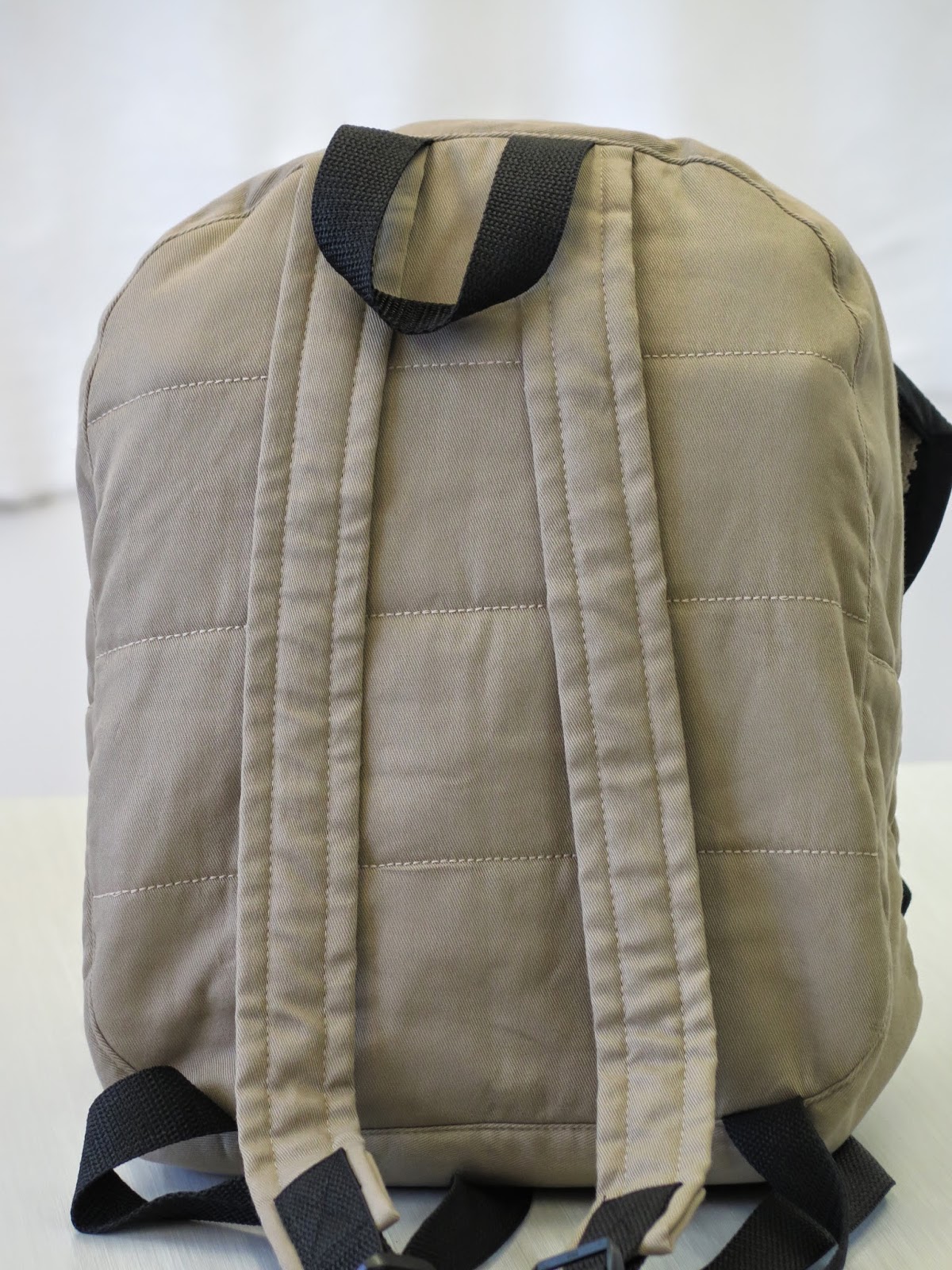 The backpack was lined in some blue fabric I had in my stash.  I considered using a dog-themed fabric but I didn't have anything suitable and it seemed a little ridiculous buying fabric when I already had plenty

I'm not sure what I am going to do with this backpack.... I suspect it will be destined to keep me and the cow backpack company in the sewing room until I am willing to give up the pug to a good home that will look after it....

At least I won't have to feed either of them, worry about dog hair everywhere, and nor will I have to get out a pooper-scooper!  Hmmm, right now this is definitely the best sort of dog!!
Posted by J Wo at 00:34 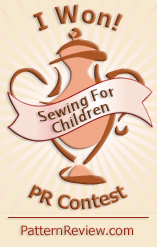